This roiling headache is nothing new – just the stamp of a typical night well-spent with friends. It lingers for a few hours in the AM, but fades with a markedly more healthy breakfast, copious drinks of water, and plenty of Tylenol. And then I’m back to working order – ready to perhaps do it all over again, if the occasion allows.

Cue the long, exaggerated cigarette puff – made glorious in the light formed by a monochrome palette. The shot fixates on the lips, relaxing post-pucker. You can practically taste the tobacco.

There’s a minor twinge that comes along with hangovers for me in particular, though. A sort of relief that comes with knowing that the morning dry mouth, head pain, and dented reaction time is nothing compared with the two day bender that held me captive one particular weekend a few years ago.

This, like many of my drinking stories, comes with the obvious disclaimer that alcohol consumption should be done in full awareness of the risks that come with it. Really. Don’t be fucking stupid.

Now, if any of you have read my other post about drinking, you should know that my taste for the lovely poison has evolved in phases. This story takes place very early on – right in the twilight of the nonsensical blind cocktail phase of my life. That being said, the actual -story of this particular error isn’t really too interesting. I drank and played video games much more back then, and my drink of choice was a highball Rum and Coke. The rum in question?

The Scourge of the Seven Seas.

Now, like I said, the actual story of me getting drunk here really isn’t that interesting. I was gaming hard, and when you’re a teenager in that hyperfocused state, you really don’t notice how many Rum and Cokes you’ve slipped down your gullet until it’s too late.

Eight. Eight is the answer to your question here.

But moving on, this is more a story about sensation. The feeling generated by this one night, and the lasting burns it ended up leaving.

My last vivid memory of the night is the walk to and from the bathroom. If you guys have ever been on an airplane, you’ll be able to relate with these few moments. Usually, after takeoff, the plane with make a tilting, banking turn to get on course with where the flight is going. The entire world shifts, and depending on which side of the plane you’re sitting on, you’re either staring down at a crooked, shrinking neighborhood, or up at the endless expanse of blue.

Each step was the plane banking in a different direction.

And then, morning caught up with me.

I think that you know a bad hangover right away – from that first moment of vague lucidity after you claw your way from sleep, back to the waking world. You know when you’ve done yourself in when you’re immediately terrified to move, for fear of disturbing the crooked, endgame jenga tower that is your internal organs any further. 9 AM to 10 AM that beautiful Saturday morning felt like a small day in and of itself – covered in a cold sweat, stomach waiting to rebel, seconds dragging out like weights on your ankles.

10 AM passes and there’s a knock at my door. It sounds like dull cannonfire.

All hands on deck.

“Hey, can you give me a ride to the dentist?”

I am an underage teenager with currently impaired reasoning processes, trying to mask the fact that I am on the verge of embarking on a full two-day bender.

I manage “Yeah, sure” with some measure of certainty.

The battering came like the tides that day – in waves and unpredictable. There were moments where I thought I was rallying, and then moments later, I’d be doubled over – back in my bedroom, riding the current. Nothing remained settled in my body – not for long. I think it was the combination of the alcohol overload and the sheer amount of sugar from the cokes I’d consumed back to back, but my entire system felt like it was shutting down – incapable of mustering anything close to a normal operational level.

And then it happened AGAIN the next day, when I thought that we had finally pulled into safe harbors.

The Captain keelhauled me, and I didn’t come out of the experience unchanged. I fully attribute the fact that I don’t get into any drunk trouble nowadays to this night – to this stern reprimand from a cold captain tossing about on caramel waves. Everyone has a moment where they define their limits. This was mine.

And to this day, I can’t look at a bottle of rum without feeling the boat rock a little bit.

Hope you guys are having a fantastic day. 🙂 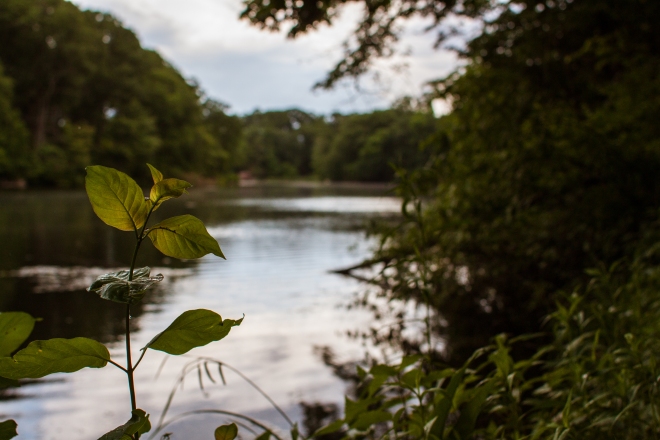 Because my draft didn’t save… 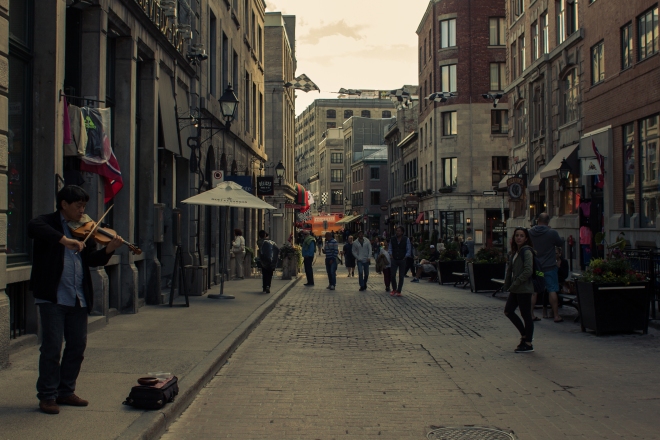 It’s one of the nicknames that the city of Montreal can call its own. But for me, at least, the nickname and the place don’t make an immediate connection. I’m from the glorious tristate – where you find your way to the best known places by moving along the chain links of stopover towns, one after the next. “Metropolis” means bustle – its the body formed by the layer of skyscraper tops that doesn’t seem to notice the man slinging hotdogs at the corner. It’s the audible heartbeat of a city without silence – every moment punctuated by pulses that sound different than the last. It’s New York in all of its simultaneously sleek and grimy splendor. It’s something I know.

But Montreal is not New York.

I mean sure, if someone flew you over blindfolded, struck you deaf to block out the French, hid all the obvious signs of nationality, and spun you around three times for good measure, I’m sure there are a decent number of places in the city that are almost indistinguishable from the stretches in midtown. That’s one of the things that I love about the urban environment, after all – the almost-always-present sense of familiarity, despite place, despite space, despite time of day. But there’s something about Montreal that’s just unique, and I wish I could verbalize it for you. It’s this sense of magic that boils up inside me when I step over the street that divides Old Montreal from the rest of the city – leaving the asphalt and sidewalk for cobblestone corridors.

You emerge from the sprawl – from a place where the name “Metropolis” makes sense – and the first thing that strikes you is the narrow. Not the narrow _____, just the narrow of it all. Cars can’t come here – there are posts holding them at bay, jutting from the smooth stones, making sure that the space is safe for the people milling back and forth in the collective shadows of old taverns, shops, the looming church. Progress has and hasn’t happened here – it has sort of bled into the pages, but frozen halfway – caught in the space between, the pause – like the buildings, like the people, like you. You’re lost.

And then, you step out into the air. You’re at the port. The ships have pulled away.

The sun is setting.

This creative space is

you’ve got all this room to

trickle water out into the void

but the ocean stretches out forever

and you’re fucking about with the sink.

poems written on them off clifftops

hoping someone’ll snatch them up,

except you’re the one person on the planet,

and you should really be trying

to punch holes in the goddamn atomosphere. 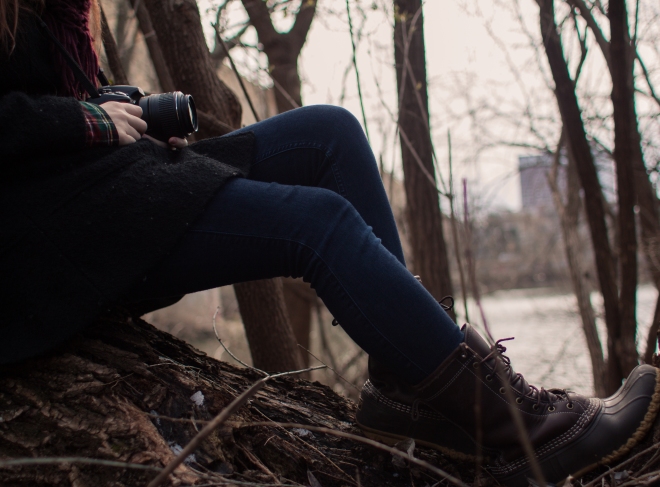