It’s been exactly a week since I hiked the Stairway to Heaven in Vernon, NJ. I’ve got a mess of footage backlogged on my computer, and I’m still not completely sure what kind of video I want to come out of it.

On the other hand, it’s been about a month since the FOMO video came out.

I keep going back to the process of making that video in my head. It was this structured (though completely chaotic) process that saw me with a script in my hand, a rough shot sheet laid out, and a somewhat cohesive end product when all was said and done. Before that point, my actual method for shooting a video was just to have a camera on me while I was doing fun things – the video would show itself as long as I had enough footage.

And I feel like I shot lots on top of that mountain in Vernon. The clips I’m trying to string together definitely feel the way I felt while I was up there, if that makes any sense at all. But I guess I sort of miss the clear direction that working on FOMO had me create.

I feel as though I’ve got to keep the quality of the content I produce for the channel moving constantly up, all while juggling this drive I’ve got to just put stuff out there – to have something to show for all this time I’ve got on my hands now.

Enter October, where the autumn chill sets in and you realize exactly how busy you’re getting, and exactly how busy you just don’t want to be. Around this time every year is when I realize that I’ve been sitting in the middle of this tidal wave of ennui – where I don’t feel like doing shit, I haven’t pumped out content, and a lot of projects get paused in favor of settling into class, going through the motions, and getting through the day. Which is stupid, because every time I come back to just writing on this blog, I realize how therapeutic it is for me. I sort of vomit my thoughts onto a text box without thinking about it, and it honestly just feels better having it out there, regardless of who’s reading it.

These first two months of the semester sort of bring into sharp detail this mountain of shit that suddenly needs to get done on the day-to-day – obligations being born from the absolute paradise of nothingness that was my summer break. But everyone goes through that transition, right? You pry yourself off of the habit of waking up close to noon, having unhealthy brunch because of pure convenience, and being well acquainted with a well-rested state and get back to plugging away at life. It’s one of the most natural things in the world – leaves falling from trees. But for a lot of people I know, the slog drags out a little more than they’d like, and all of a sudden, they freeze. Life can only stay on the back burner for so long, and the first two months of fall often bring it back into focus at a startling rate, especially for people still out there trying to get that degree or build that portfolio.

You go from ease to crunch time what feels like a matter of minutes, and it’s easy to feel aimless. Lost.

Believe me, you’re not alone there.

It’s like dreadfully slow asphyxiation – air getting more and more precious as the deadlines and obligations mount, and you get more and more buried in whatever you need to devote your time to. The comparison of the now to the then makes you feel even more buried, more stifled, more suppressed.

It’s an overly simplified solution, and you may thing that it doesn’t even come close to cutting you lose of whatever’s keeping you down, but breathe. If it doesn’t pull you out, it’ll start to tug at those knots at the very least. Fixate on the fact that you’ve made it up until now – and that’s no small matter. What’s one more page? Or two? Or ten?

Despite what people may think of it, life is good.

So take a breath. One big one. In and then out.

And I’ll see you tomorrow. 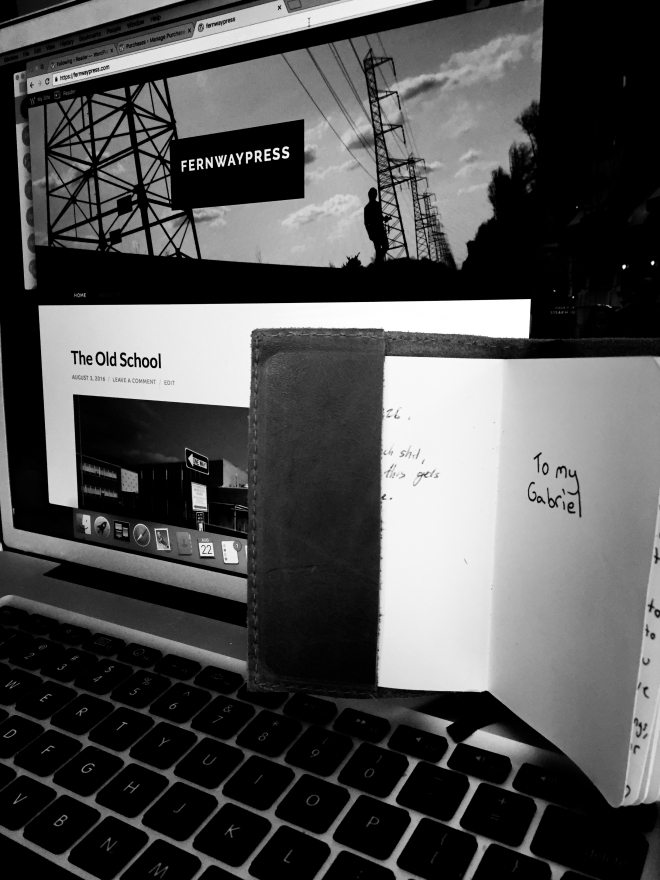 On to my thing of the day now – on a recent trip to NYC, I was sitting in a service at St. Patrick’s cathedral. I’m not terribly spiritual, but my mother is, and I really like staring up at the stained glass and ceiling…stuff….so I came along. We managed to get there from our hotel (The DoubleTree right on Times Square – it was pretty amazing) pretty early and snagged some seats up towards the front.

A little ways into the mass, this young looking guy – couldn’t have been too much older than I am – sneaks up to the aisle I’m in and does that mute gesture that people make when they’re somewhere quiet and want to snag a seat without seeming like an asshole to the people that are already there. Of course I let him take the last seat in the row, and he proceeds to doze in and out of sleep for the next 50 minutes.

I can’t really blame him. Uncomfortable as wooden pews are, the sound of voices reverberating off high ceilings does wonders to my nap game.

But for the moments where he was awake, I noticed him jotting down things in this flip notebook that kept out and at the ready beside him. It was a tiny little thing – smaller than the pads that waiters use to write down your orders with. After a few nosy (but discreet) looks down towards the open page, I managed to make out a few things.

Guy was journaling as his day went on – keeping track of his movements, thoughts, experiences, and the like, all on that tiny pad. It seemed as though he’d been at it for a while, too. The page was about midway through the shabbily held together pile of notebook paper. My first thought was “Oh, that’s cool. Maybe he travels a lot. Must be nice, having a log of all your thoughts and stuff right there with you to go back to whenever you want”. My second thought was “Maybe I should start doing that”.

My third thought was “Nahhhh, it’d probably suck to read”.

I don’t consider what I do right now journaling per se. The scheduling is too infrequent (yeah, I know, shut up), the topics get a bit out there, and when it comes down to it – this blog is more of a collection of little vignettes than a day to day narrative of my existence. And as far as I’m concerned, that’s a good thing.

And that’s mostly because I feel as though I’d get terribly depressed reading my own daily log.

You get the point.

That isn’t to say I don’t do interesting things. This summer, I’ve been to the Adirondacks, visited a botanical garden, went to Montreal and New York, went to a bunch of different cities for day trips, scored an internship, and had a bunch of great days with my friends. But there’s a lot of minutia building up like fluff, and while some might argue that that’s just part of what you jot down, it’s stuff I don’t really like to focus on. I’d much rather write this blog like I edit photos – choose from a handful of moments that I want to capture and get to work presenting it in the best way that I can.

To sum up – I do cool things, but there’s a lot of boring shit in my life to wade through to get to it. Journalling would really just bum me the hell out. I’ve always been more of a storyteller anyway.